LOOK BEFORE YOU LEAP

SO YOU WANT TO BE A SURF PHOTOGRAPHER AND EARN $1000 A MONTH FOR ONE MONTH OF THE YEAR.

This is the title of an article that I read a while back in an international magazine that pretty much sums up why you should , even in the digital era, steer clear of this rather precarious activity.

If you’re thinking about taking up surf photography, before you even start learning about F stops, shutter speeds, composition and focus, read this.

Step Away from that Camera!

Firstly, if you do the sums it just doesn’t make any sense at all. I mean add the returns on equipment purchased, time in the water, or on the beach and ‘at the wheel’ and you’ll soon realise that it’s not a very smart career choice at all.

When you start out, getting a photo published is like scoring a try at Loftus in a green jersey. Wow. What a buzz. But after a while and a few harrowing calls from the bank manager you realise that credits don’t pay the bill. So-much-so that, with the exception of one or two big mags, the returns are so small that you’ll never tell your friends just how much you earn. 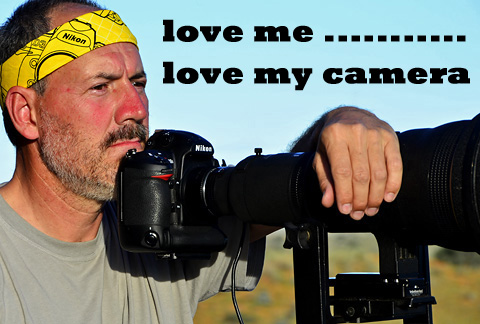 Who will you be up against?:

Go on Facebook and you’ll find hundreds, no thousands of enthusiastic amateurs with varying degrees of ability and even a bunch of red hot pros, frenetically putting up their prized images for all the world to see or steal. (When there is no surf or they’re feeling insecure, they post pictures of their cameras). It wont take you long to realise that this planet does not have a shortage of surf photographers.

Like shapers, photographers play a vital role in the social fabric of the species, a place in the hierarchy. These positions are jealously guarded because they are perceived as franchises holders within the inner circle. Actually the real pecking order that you will find yourself in is the aquatic food chain. You might start feeling a kinship to the fish that’s on your plate at John Dory’s, especially if you put in a lot of water time far away from the shore.

‘You should have been here an hour ago’ rhetoric and stories about recent trips with super cool surfers to exotic secret locations are central to the surf photographers vocabulary. Stories of successful shoots are like a missile strike on fellow lens men. This all underlines the fact that unity amongst surf photographers is as rare as a roll of Kodachrome Film. Its a tough school. You wont be making many friends.

Then you’ve have to deal with your greatest adversary of all, Dr No, the photo editor who starts every conversation with ‘We’ve got no budget’. Usually also a photographer, he will call in the middle of the night, looking for an image that you have to locate, and then have to send to the magazine immediately, only to find out that that specific image was cut in the final mix. Apart from the odd ‘miracle’ shot you’re never sure of what he will use in the magazine. At what size and for what price is another story. You might have submitted forty or fifty primo pics, culled from a couple of thousand (your best work for a year or more) only to find you’ve got a postage stamp size pic on the bottom right of the left hand page.

Then there’s politics, sponsors calls, technical issues and worst of all, the dreaded deadline, that run interference on your effort to have a fruitful relationship with the prime decision maker in your life.

Every snapper worth his salt will know that the real money for pix comes from the big buck brands. Even more fickle than the photo editor are the marketing boys who occupy the high end suites on the top floor of the big sponsors building. These guys are the gods of surfing. They are the ou’s that fund the trips and choose the photos that they will use in their latest magazine ads. To get a picture passed them is no mean feat and if you’re ever so lucky you’ll feel like you’ve won the lottery.

Best to know up front that there’s a hoard of like-minded camera toting individual that make up the enemy. Each one of them is burning 20 mega pixel images at a rate of ten frames per second. Be prepared to swim into the jaws of hell to photograph the devils tonsils with a fish eye. You will not be alone. Understandably, your light is beginning to dim.

Don’t feel alone when you’re getting picture requests from newly found friends who are looking for pictures of themselves that you might have taken. “I was the ou in the red and yellow boardshorts, did you get any shots of me?” You really want to say, “Sorry bru but Jordy, Travis and eighteen other sponsored surfers were out there and I need the money”. But you end up just smiling with the promise of going through your stuff, which you never will, because the dude in the red and yellow boardies expects the pics for free.

If you spend as much time selling second hand cars, or even driving taxi’s, you will be a whole lot better off financially and a whole lot happier. So will your family.

Question: So why start in the first place? Answer: The Perks.

‘Claiming’ a newly discovered surf break by being the first to ‘expose’ a place can bring a relative amount of celeb amongst the coolest of peer groups, the magazine set.

The personality change that comes over you when you get a quadruple spread.

While this is a remote possibility, because no one has managed it for the last 20 years, hope must burn eternal. Never give up. You just never know.

The best surf photographers always brandish the most potent weapons. The bigger your lens the more respect you get. The number of requests that go, “Gee mister, can I look through your camera”, determine how impressive your gear is.

This is one of the finest perks that come with the job. However be warned, once these rippers know that you have moved on to another career (and that counts for about ninety nine out of a hundred of lens men) your popularity meter tends to drop off as dramatically as Billabong stock on Wall St.

If you fit the sample size, the sky is the limit for your wardrobe possibilities.

The newest perk is that your friends ‘like’, ‘comment’ on, or best of all ‘shares’ your posted photos.

So if you’re bloody minded , you just don’t get it and you decide to go ahead with your plan to be a surf photographer, or you’ve already spent the $25,000 you need to get set up, this is what you need to do to get going.

TIP ONE – GETTING RECOGNITION:

1. Swim out at Dungeons with a fish eye on your water housed full frame camera on the knarliest day of the year. Preferably when its cold and raining (for atmosphere) and get cosy with Twiggy in a 20 foot barrel (don’t forget to set it up the auto focus and auto exposure before you immerse yourself in the ice cold Atlantic from the jetski).

3. Self finance a trip to the most exotic island that’s never been exposed. You’ll probably have to pay for at least ten tickets (four surfers, four interchangeable masseurs, someone who can write a little and yourself) and hope like hell that the swell arrives and the magazine has the budget to publish three or four pages.

4. Bring back private stories of how rad (keep score of the Bintangs drunk) those surfers are.

5. Or (but only if you’ve got your own personal ATM) – start your own magazine and then YOU get to choose all your own pictures.

6. When you’re swimming out at Backdoor shooting from the water, and you can’t get the shot, at least try and get yourself in some other photographer’s picture. You can say. “That’s me Mom!”

1. Try to be nonchalant when the rescue helicopter picks you up in False Bay after you’ve been washed around Cape Point after your swim at Dungeons.

2. Always wear sponsored gear, even if you’ve got to buy it yourself. Perception is everything.

3. Know your camera’s position in the pecking order. Having the latest and biggest and best (even if it means that you can’t blame all those greyish frames on equipment) is essential. Peer (pier) cred trumps everything.

4. When you show off your pics to others, never ask who the surfer in the picture is, rather keep mum until your buddy says “Isn’t that Jordie?” and adjust your response accordingly.

5. Don’t put up too many pictures on Facebook. Always let everyone think that you’re holding the best back with the view of submitting these sumptuous images for consideration for multiple future covers of your favourite magazine.

6. Don’t show any stress when you’ve been through the pier on a big day and never admit to hitting a surfer on the head with your housing even when it was you who caused the accident in the first place.

7. Unless you’re really ambitious, never take on the job as a contest photographer. Having to run around shooting promo pics (because its one foot shitty onshore) and then having to upload them all day long to the contest Web site, can make you look uncool – like you’re really working and that’s never good.

Get to know Cypriot club owners that encourage semi-hedonistic, predominantly black images (black clothes, black backgrounds) of gorgeous females with pancake make-up. For this you must have a big flash gun. If some of these include the odd available surfing personality with a name with less than four letters it all adds up to filling out your resume.

After about 10 years of applying the formulae you might, just might, get lucky and land the greatest of all positions – staff photographer. Then you’ll be able to afford the payments on that 95 Tazz.

You might be able to get a surveillance job with the CIA , where your long lens photography skills could be needed. But filling in a green card application form will probably be needed for this one.

So if you have no thoughts of ever becoming a surf photographer and you’re reading this out of boredom or you’re just an innocent bystander on the beach, spare a thought for these unfortunate souls who deserve better and show some appreciation for their noble folly and put a penny in their cap or is it lens cap.