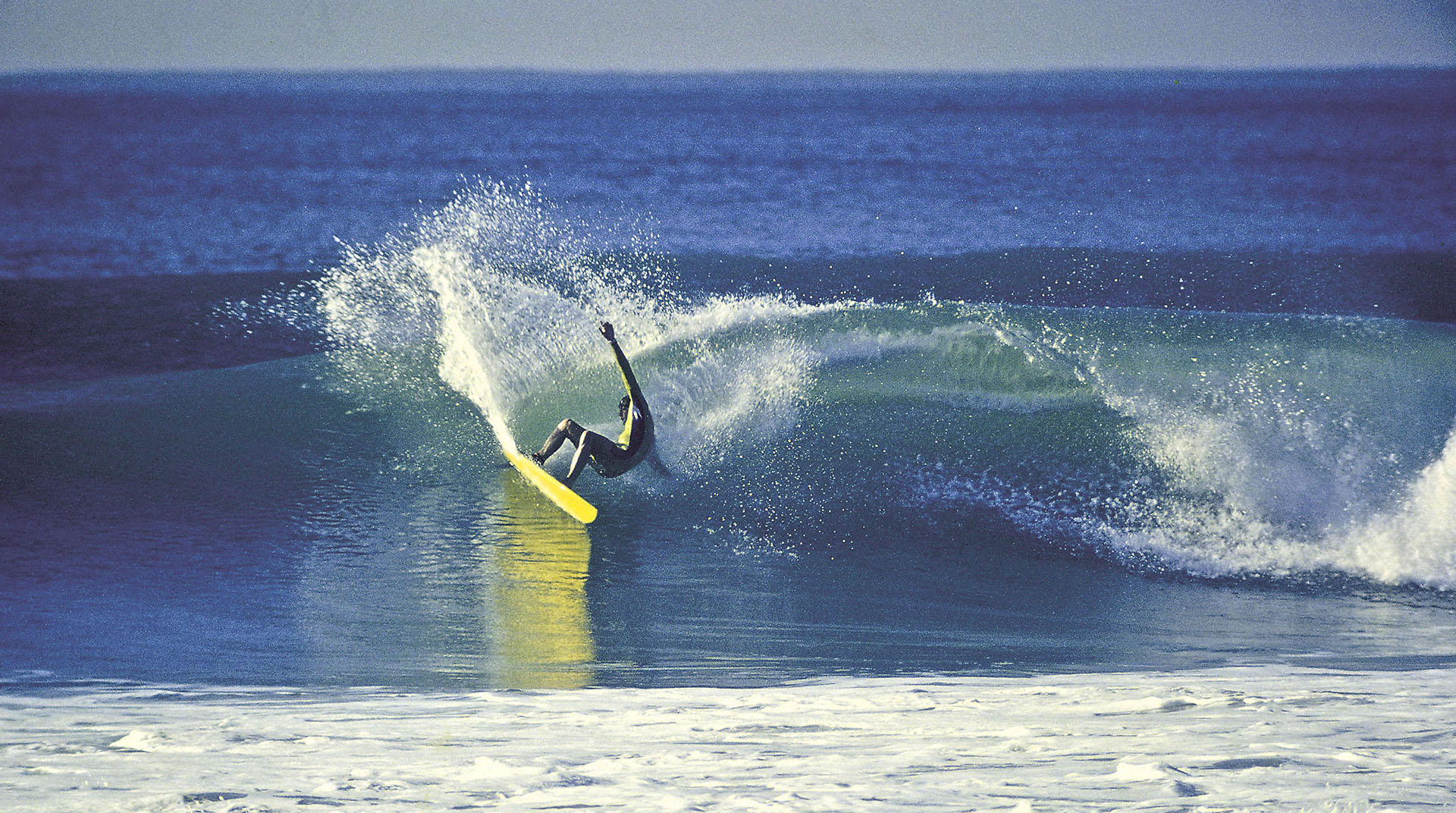 In those heady days of the late seventies, there was this magical sense of anticipation when ST returned after a season in Hawaii or Australia. Through the bush telegraph we would already know his results at each event, but all wanted to see what he was doing in the water.

Then, at his peak and besides being top of the heap in the Bay of Plenty hierarchy, Shaun had a following the transcended the surfing community in South Africa. Mainstream sports fans from all over the country, including the Transvaal flocked in their thousands to Durban every July to watch him do battle in the Gunston 500, an event he won six times on the trot. Besides that, along with Rabbit, Dane Kealoha and Peter Townend, he was contending for global glory.

Apart from events in Hawaii, the ‘man on man’ heat format, first introduced by Peter Drouyn at the 77 Stubbies event at Burleigh Heads, was now being used on the fledgling World Tour. This was right down his alley. He won the IPS World Tour that year, placing first in the Katin Pro and World Cup contests along the way, thus becoming the first and only South African to bring home the most prestigious title of all. Besides winning five SA Titles, he won frequently on tour in Japan, Australia, Hawaii, the USA and South Africa. One of those wins, at the 75 Pipe Masters in big and perfect Pipeline, defined his arrival on the world stage.

Beyond his stellar competitive career, his profile as an articulate, well mannered, health conscious sportsman trumped the sketchy, marginal profile that was surfing in the early seventies. Shaun, PT, Wayne Rabbit Bartholomew and Mark Richards made pro surfing a legitimate sport that sponsors could back.

At that time, a two month break in the tour itinerary meant that Shaun and his cousin Michael would be home for autumn at the time of the year when Durban’s beaches lit up. They always scored big. Super groomed, immaculate waves sometimes pumped for four or five weeks with only the odd day off to recover. When the swell swung south west, Cave Rock became their focus. As you would well expect from the supreme barrel master, a lot of tubes were ridden. The layback however, the signature move of Peter Townend, was something we’d never seen Shaun do before. Everyone who witnessed it, drew breath collectively and in a few days was trying to find their own way to get it done.