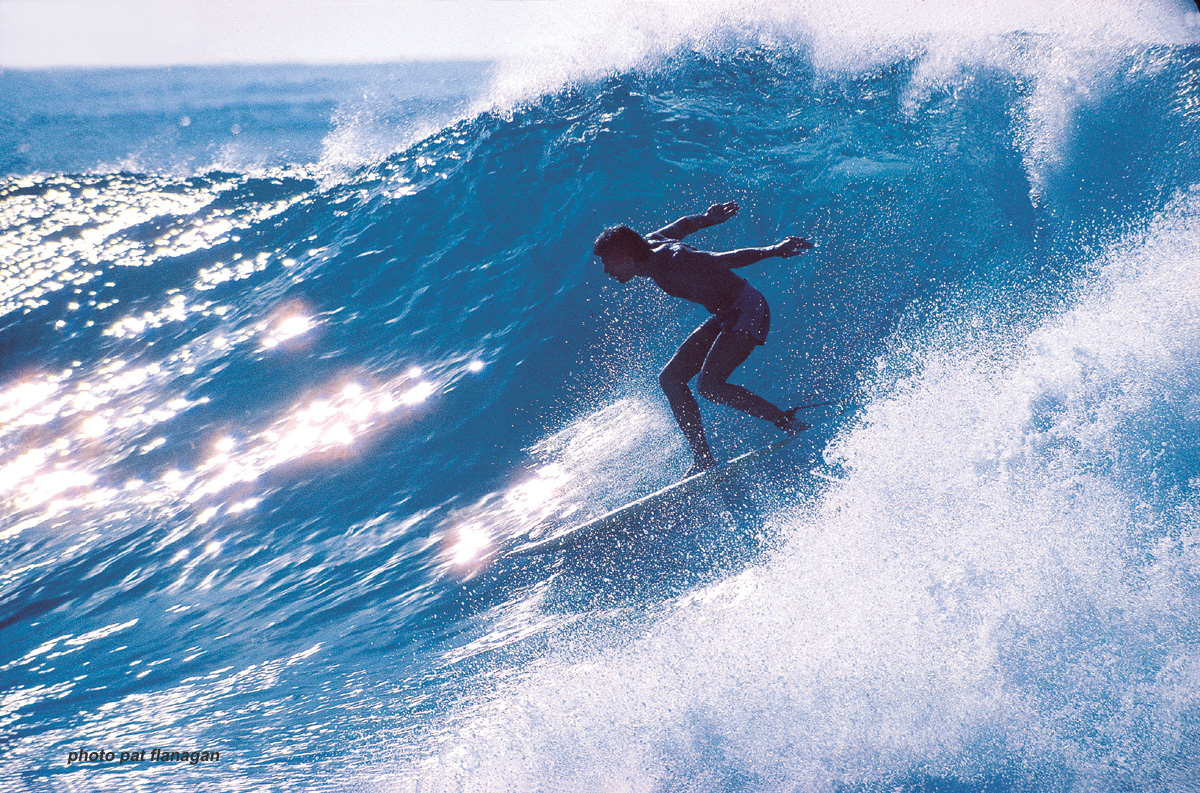 Stevie Ray Vaughan would have dug your surfing Espo.

In the same natural way you capture the very essence

Story and photos by Pat Flanagan. 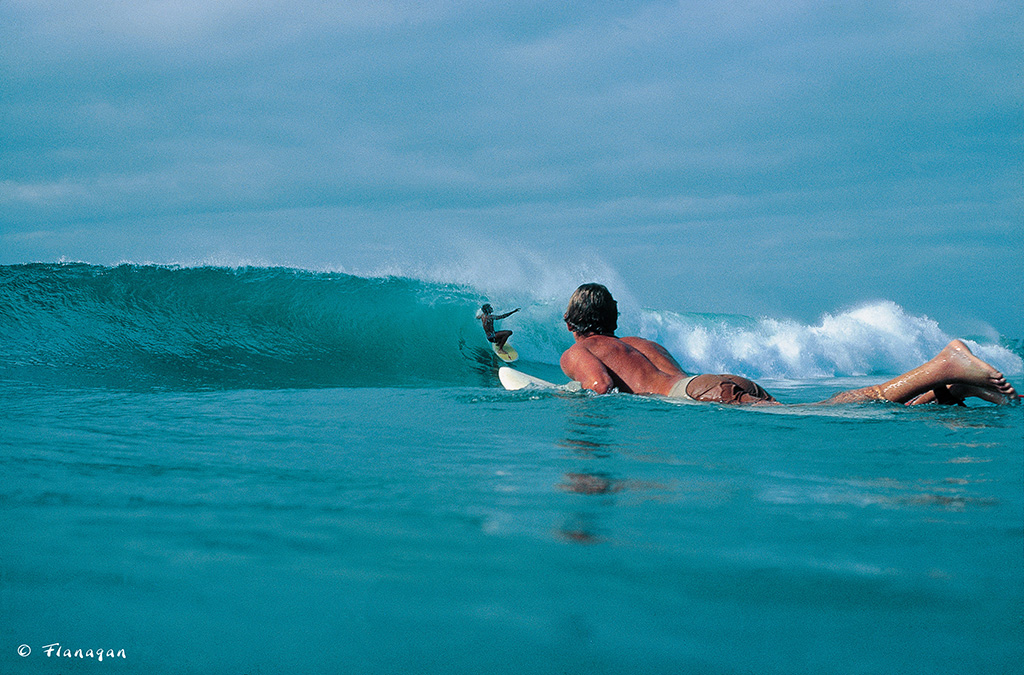 Playfull Espo at the Bay of Plenty with Ray Robertson looking on.

Like Frankie (Oberholzer) you do things that everyone else is making a big deal about, with such consummate ease and dexterity that it’s almost laughable.

I know, because you and I started surfing at the same time at the same beach – Addington. Within a year you where already as good as anyone. Remember the yellow nose rider with the black and white painted Slipcheck nose that you used to ride at the Wedge? Remember the Wedge, that famous break that you owned completely but is no more? Those of us fortunate enough to have been there, remember it vividly. Ten second nose rides doing things that would make David Nuuhiwa re-examine his reportre. Pure rock-n-roll.

Roll it forward ten or twelve years – past your beyond Lynch like ability to jam a little rounded pin tails into ‘figure eights’ all over a wave face – and into the ‘busting down the doors’ era. Those mega sessions at Cave Rock and the Spot revealed backhand speed and power on some big faces that had your peers holding their collective breath. The locals at the Banzai Pipeline must have been blown away by your original and authentic moves. Had you been born 25 years later, I have no doubt that you would have the surfing world at your feet. Even the most cynical and jaded corporate surf mogul would have poured buckets full of dollars into your back pocket. Madina Smadina. But you are of a less affected time and space. You never claimed, never needed to.
Even so, you’ve had a massive influence on a generation of South African goofy footers such as Paul Naude, Kevin Todd, your brother in arms Jeff Saunders and later Burn, Glen Milne and Tommy Lawson.

I’ve spent days watching you and enjoyed every minute. You’ve never said too much, avoided the intense surf politics of the time, never hunted out the media, dodged the pseudo hippy culture in the late 60’s and always did the business in such a solid way. 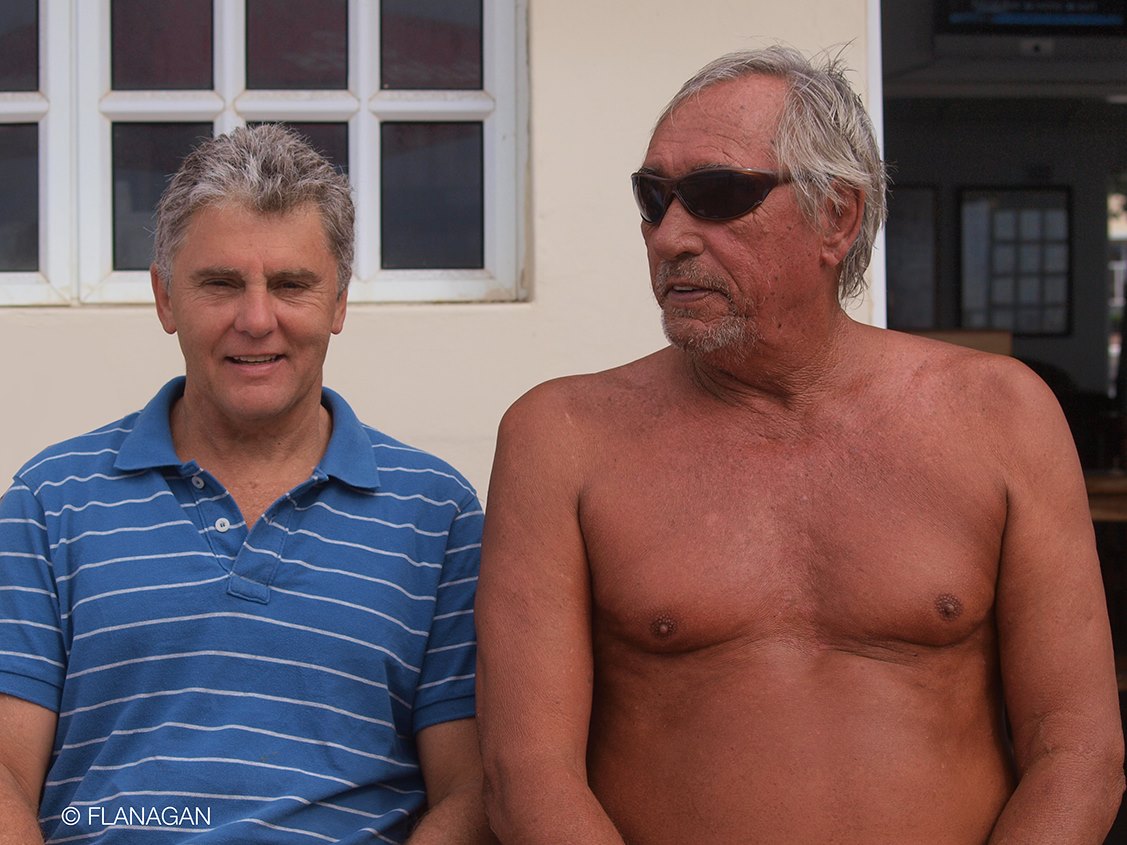 Published in African Surfrider Magazine in 2008 with a few updates.